A new preprint is out from the lab (also been submitted for publication).  Paper led by PhD Student Cassie Ettinger.  We would love comments and feedback.

Characterization of the mycobiome of the seagrass, Zostera marina, reveals putative associations with marine chytrids https://www.biorxiv.org/content/10.1101/735050v2

Seagrasses are globally distributed marine flowering plants that are foundation species in coastal ecosystems. Seagrass beds play essential roles as habitats and hatcheries, in nutrient cycling and in protecting the coastline from erosion. Although many studies have focused on seagrass ecology, only a limited number have investigated their associated fungi. In terrestrial systems, fungi can have beneficial and detrimental effects on plant fitness. However, not much is known about marine fungi and even less is known about seagrass associated fungi. Here we used culture-independent sequencing of the ribosomal internal transcribed spacer (ITS) region to characterize the taxonomic diversity of fungi associated with the seagrass, Zostera marina. We sampled from two Z. marina beds in Bodega Bay over three time points to investigate fungal diversity within and between plants. Our results indicate that there are many fungal taxa for which a taxonomic assignment cannot be made living on and inside Z. marina leaves, roots and rhizomes and that these plant tissues harbor distinct fungal communities. The most prevalent ITS amplicon sequence variant (ASV) associated with Z. marina leaves was classified as fungal, but could not initially be assigned to a fungal phylum. We then used PCR with a primer targeting unique regions of the ITS2 region of this ASV and an existing primer for the fungal 28S rRNA gene to amplify part of the 28S rRNA gene region and link it to this ASV. Sequencing and phylogenetic analysis of the resulting partial 28S rRNA gene revealed that the organism that this ASV comes from is a member of Novel Clade SW-I in the order Lobulomycetales in the phylum Chytridiomycota. This clade includes known parasites of freshwater diatoms and algae and it is possible this chytrid is directly infecting Z. marina leaf tissues. This work highlights a need for further studies focusing on marine fungi and the potential importance of these understudied communities to the larger seagrass ecosystem.

Figures from the paper are below: 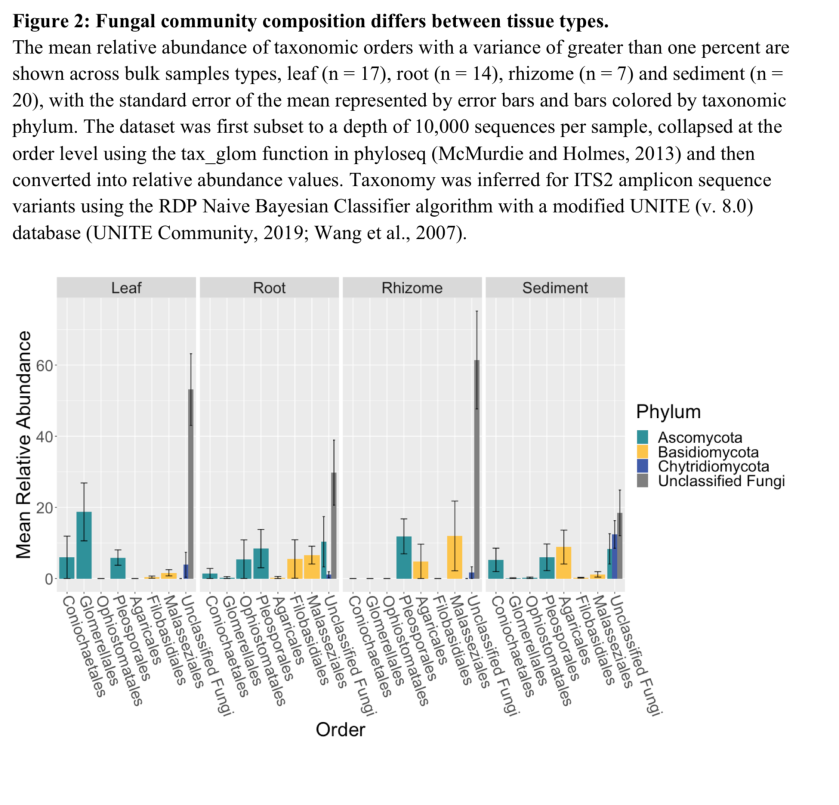 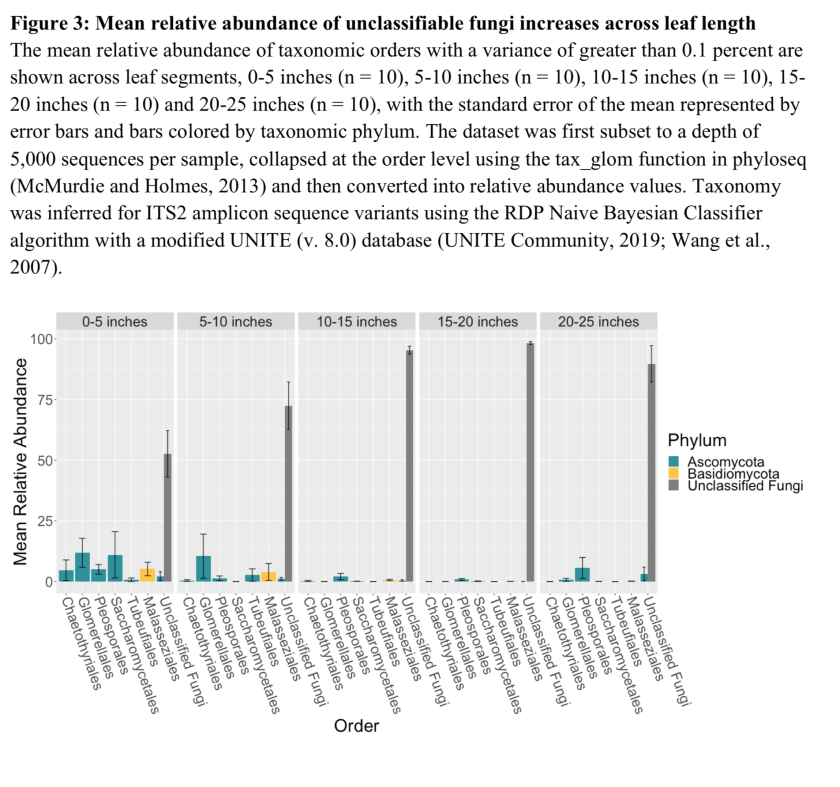 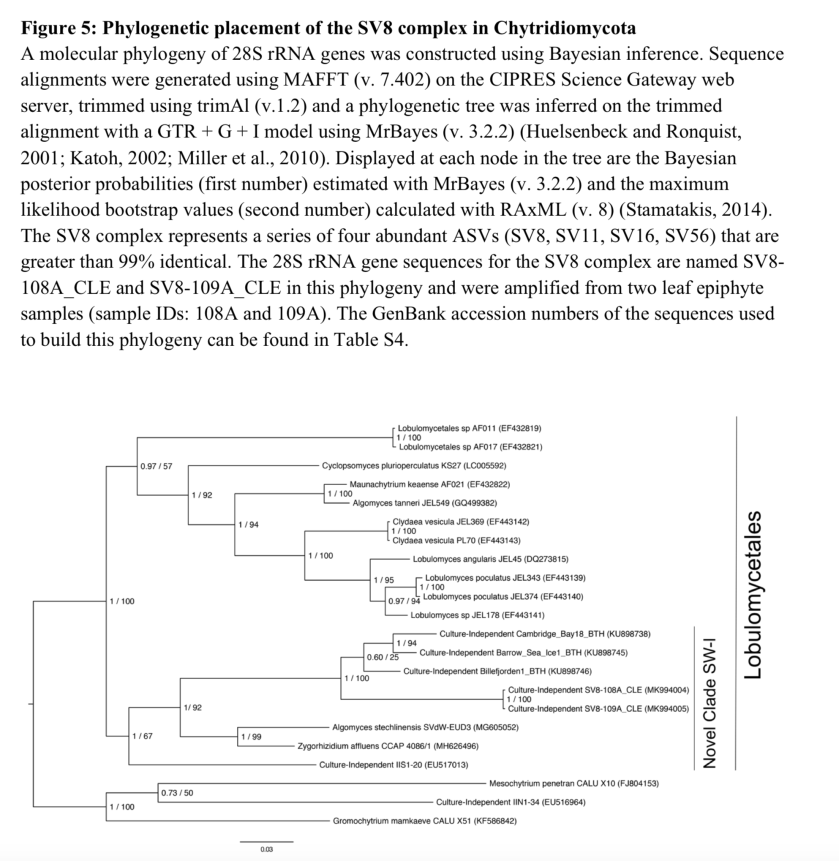 Summer in #DavisCA #sunflowers #california
Well, my wife is away - and despite my Bayesian priors on this - I am not the worst temp stay at home dad
Great tailed grackle.
Swainson's hawk. Being regal. Davis, CA.
Jam delivered to my mom for her birthday - plum, nectarine and apricot
Great blue heron at @ucdavis Monday (near MRAK Hall). #birdphotography #NaturePhotography #ucdavis
Follow up with higher resolution / cleaned up / additional pics of the dragon seen at @ucdavis
And today in "Raptors are Metal"