Bad bad bad experience at the Aquarium by the Bay on 7/7/13.

We went into the tunnel area (where you are in essence inside the big tank). And they announced they were having a shark feeding. We (11 of us including four kids) waited in the tunnel where they told us to.

As they turned on the walkway, the elevator could not keep up with the crowd pouring in off the walkway and it started to get very crowded there. We decided to try and get out because it felt unsafe in the tunnel. We squeezed onto the moving walkway (my wife first, with my two kids and then me). 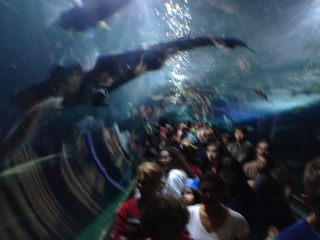 As we got near the elevators people were screaming for the staff to turn off the walkway as people started to get crushed. The staff refused. My sister turned off the emergency switch. 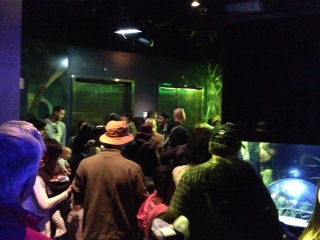 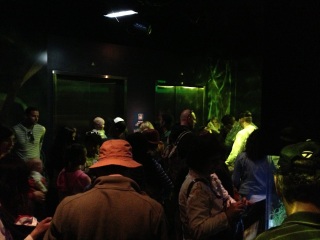 Eventually – after some ten minutes – we got out on the elevator. My kids were completely freaked out as were most of the other people there. This place should probably be shut down.