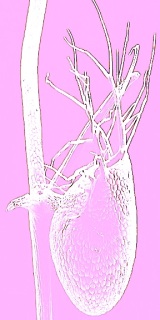 Oh for fu$*# sake.  Really MSNBC?  I mean, I know perhaps I should not expect much from some in the press but this is just awful: ‘Junk’ DNA mystery solved: It’s not needed.

Brought to us by NBC News and LiveScience (which actually can have some pretty good science coverage).  This article has some complete and utter crap:

Some parts that I have issues with:

And then we get into the quoting of author and researcher Victor Albert with no comments or responses from anyone is painful too.

Apparently, from reading the rest the whole point of this article is that it turns out that people sequenced the genome of a bladderwort and it has a small genome but a lot of genes.  Oh and the organism is complex.  Therefore, apparently, it follows that

“The findings suggest junk DNA really isn’t needed for healthy plants — and that may also hold for other organisms, such as humans.”

And this leads us to ‘Junk’ DNA mystery solved: It’s not needed.

So – basically – if ONE FUCKING ORGANISM DELETES SOME OF IT’S NON PROTEIN CODING PORTIONS OF ITS GENOME THEN THIS MEANS THAT ALL NON CODING DNA IS USELESS.

And for this evolutionary logic, I am awarding NBC News, Tia Ghose (the author of the piece) and Victor Albert, the 15th coveted Twisted Tree of Life Award.

Past winners:
UPDATE 5/17/13
Some other discussions of this paper and related to my critique (though not always agreeing with me)
——–
This is from the “Tree of Life Blog”
of Jonathan Eisen, an evolutionary biologist and Open Access advocate
at the University of California, Davis. For short updates, follow me on Twitter.