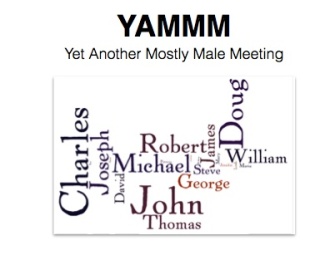 Just got this email from Francisco Ayala:

In the Light of Evolution IX. Clonal Reproduction: Alternatives to Sex

Evolutionary studies of clonal organisms have advanced considerably in recent years, but are still fledgling. Although recent textbooks on evolution and genetics might give the impression that nonsexual reproduction is an anomaly in the living world, clonality is the rule rather than the exception in many viruses, bacteria, and parasites that undergo preponderant asexual evolution in nature. Clonality is thus of crucial importance in basic biology as well as in studies dealing with transmissible diseases.

Graduate students and postdoctoral researchers are eligible for discount fee of $100.

All meals, break and reception refreshments listed on the agenda are included in the registration fee.
For more information, contact sackler@nas.edu.

Could be interesting right?  Alas, then, I clicked on the link.  And I discovered the meeting could also be referred to as “Only one sex talks about alternatives to sex”.  Men are highlighted in yellow. Women highlighted in green. (Note – I am making some guesses as to gender but I think these are reasoably accurate).

III. Clonality in the Microbial World

So – whether you count just speakers, or speakers plus session chairs, the gender ratio is not good.  Really there is only one woman as far as I can tell involved with this meeting.  Sadly this is not the only meeting at the NAS Beckman Center with gender issues.  See this post for example Today’s YAMMM (Yet Another Mostly Male Meeting) Brought to You by CIFAR & NAS.  Does NAS even make any effort in regard to diversity of speakers?

@phylogenomics Sydney Kustu once told me that the only place she didn’t wait in line at the ladies room was at the Nat. Acad.
— Lisa Gorski (@StringDruid) October 25, 2014

@phylogenomics forwarded your blog post to degregori. will be interested to see thoughts from speaker’s perspective. #grrrrr
— speach (@speach) October 25, 2014

Awful MT@phylogenomics: Apparently, the NAS thinks only one sex is qualified to talk about alternatives to sex #YAMMM http://t.co/QacAzxvzgF
— Jin Montclare (@jkmontclare) October 25, 2014

UPDATE 2: 10/26 – New NAS Sackler meeting after this one – better but barely in gender ratio

The next Sackler meeting after this one is on “Drawing Causal Inference from Big Data”.  Here are the speakers they list with the same colors as used above.

That is a ratio of 18:5 or 21% women.  Not sure what the gender balance is for people working on “big data” but still, given the Sackler’s recent issues with gender ratio in fields with an almost 50:50 ratio of men:women I am not willing to give them the benefit of the doubt here.  And I note – the link they provide for Susan Athey goes to the web site of Richard Shiffrin.  So I am just going to assume that the name on the list is correct not the link to Shiffrin.

Epigenetic changes in the developing brain: Effects on behavior

This meeting was held March 28-29, 2014 at the National Academy of Sciences in Washington, D.C. and organized by Donald W. Pfaff (The Rockefeller University) and Eric Barrington Keverne (King’s College, Cambridge).

So – if you just count all the speaking / session chair slots that comes to 24 slots to men and 3 to women for a wonderful 11% female percentage.  Even if you count just speakers (and not session chairs) the #s don’t look good.  Looking pretty bad NAS Sackler meetings.

UPDATE 5: Copying in my analysis of gender ratio at the most recent Sackler meeting on Symbioses becoming permanent: The origins and evolutionary trajectories of organelles which I refer to above but only via a link out to my post.  Here is the speaker analysis:

That is a ratio of 19:4 for speakers slots for men vs. women.  Sensing a pattern anyone?

UPDATE 6: I feel much better now looking at the meeting before the developing brain meeting.  It is so much better (not).

In the Light of Evolution VIII: Darwinian Thinking in the Social Sciences. January 10-11, 2014 at the Arnold and Mabel Beckman Center in Irvine, CA.

That is 15:2 males to females in speaking slots and also three main organizers.

Update 7: A trend in meetings coorganized by John Avise and Francisco Ayala

I note the meeting above in Update 6 is the second recent meeting coorganized by John Avise and Francisco Ayala with a highly skewed gender ratio.  So I decided to go back and look at other meetings they coorganized.  For example here is the next most recent one.

In the Light of Evolution VII: The Human Mental Machinery

This meeting was held January 10-12, 2013 at the Arnold and Mabel Beckman Center in Irvine, CA.

That is a ratio of 14:3 for speakers of men: women. //platform.twitter.com/widgets.js

UPDATE 8: The next most recent meeting coorganized by Avise and Ayala

That isa ratio of 17:6 if one includes all slots (chairs, speakers, etc) or 14:5 if you just include speaking slots.

UPDATE 9: This is NOT just about speaking at meetings.

I note – many of the Sackler meetings turn into special collections in PNAS and thus the limited representation of women speakers (which is a problem) is made worse by then directly affecting publishing in PNAS.

In the Light of Evolution V: Cooperation

So – for speaking and chairing slots – that comes to a ratio of 17:5 male to female.  Even with Joan Strassmann being involved as a coorganizer (and she is truly wonderful in a million ways) this meeting still has the NAS and Avise/Ayala pattern of very few female speakers or session chairs, even in fields where ther are many candidates.  Yuck.

I think I would make one recommendation out of this to begin with – John Avise and Francisco Ayala should not be allowed to run any NAS meetings again.  And NAS needs to have and use policies on educating meeting organizers about gender bias and requiring some type of efforts to have reasonable representations of diversity among speakers and chairs.

UPDATE 11: Meetings from 1990s I went to while in graduate school

Just scanned in notes from some of these NAS Beckman Center meetings that I attended while in graduate school at Stanford.  I added them to my collection of “Retroblogging Meetings and Seminars: Posting Scans of Notes“.  The meetings then had even worse gender ratios of speakers.