A visiting student at my lab Lea Benedicte Skov Hansen will be leading our “metaomics” discussion group this week.  We will be discussing a combination of metatranscriptomics and biogeography and the papers of the week are:

Some related papers of potential interest from DeLong

We are also discussing:

Drivers of bacterial beta-diversity depend on spatial scale. Martiny JB, Eisen JA, Penn K, Allison SD, Horner-Devine MC.
Proc Natl Acad Sci U S A. 108(19):7850-4.  (NOTE I am an author on this one – but the meat of the ideas/work was done by Jen Martiny, Claire Horner-Devine and others).

Related papers of possible interest by Jen Martiny and Claire Horner-Divine include:

Will let everyone know how the discussions go.
——–
This is from the “Tree of Life Blog”
of Jonathan Eisen, an evolutionary biologist and Open Access advocate
at the University of California, Davis. For short updates, follow me on Twitter. 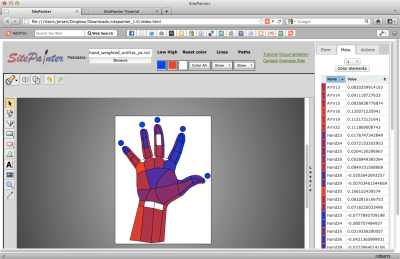 Just a quick post here.  I have been reading this paper: Toward molecular trait-based ecology through integration of biogeochemical, geographical and metagenomic data by Jeroen Raes et al. in Molecular Systems Biology.  This integration they try to pull off in the paper is to me where we need to move as a field (i.e., microbial ecology) in order to make full use of metagenomic data.  The paper provides a nice overview of microbial biogeography too.  Definitely worth a read.

Am crossposting this from the microBEnet blog (microBEnet is the site for the microbiology of the built environment network that I am building):